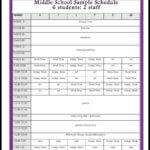 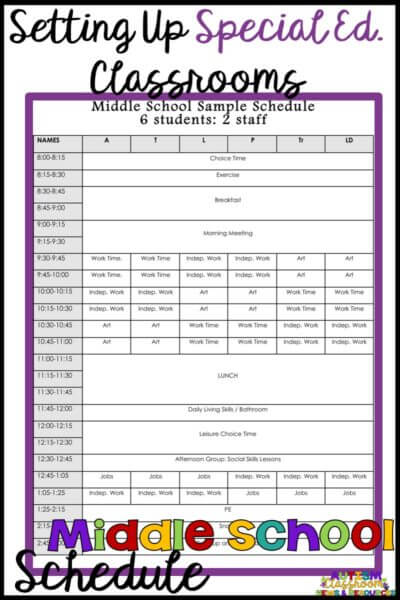 In this post in the Setting Up Special Ed. Classrooms series, I’m talking about a middle school schedule that might be a little more realistic for some of you than my last post. I realize that most of you don’t have 2 teachers in your classroom, like the schedule I shared in the last post, so I wanted to share one that might be a bit more representative of your day.

This one is a middle school classroom, again of a self-contained classroom, with 6 students and 2 staff.  You can see the students were able to manage longer large group times.  Choice time (a time to work on communicating choices and engaging in leisure activities somewhat independently) was scheduled for morning because of busses being unreliable and one staff having to be out waiting for the busses to arrive.  So to keep students engaged, we wanted this to be at least structured but easy to supervise. 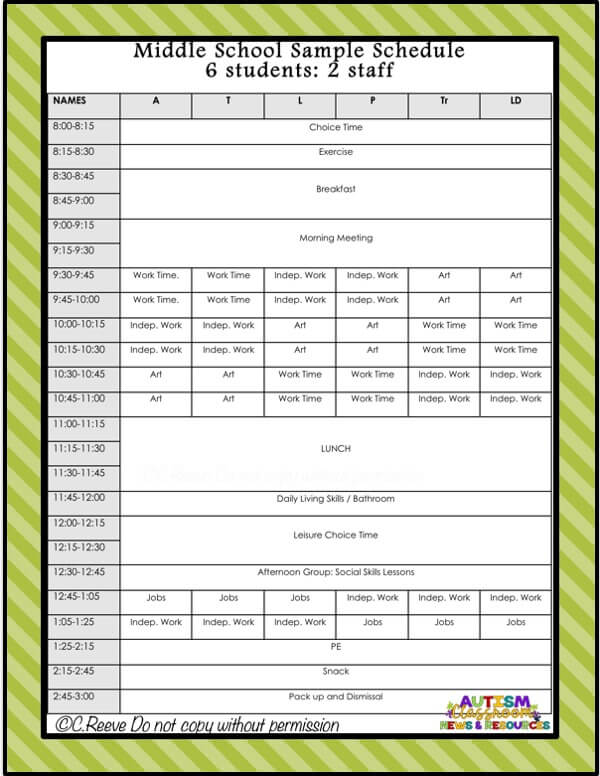 In this class, because there were only 2 staff, there was a longer period of time with leisure choice time after lunch to allow for lunch breaks.  These students had a second independent work time in the afternoon, with different tasks than the ones in the morning, and classroom jobs.  Typically we had academic independent work in the morning and vocational tasks in the afternoon in the systems.  We also scheduled a group social skills time for this group who needed to work on taking turns, conversational skills, and other interactive skills.  This also became a time later when the students could go into general education settings for a variety of planned interactions to support social interaction skills as well. 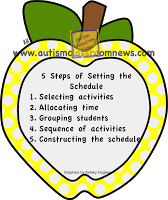 Next we will talk about an elementary classroom talk about students who are included for part of the day as well.  For more examples of schedules, you can check out our Setting Up Classroom Spaces (on the left side bar). 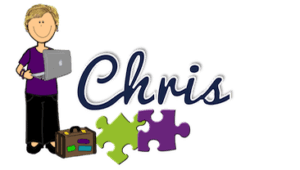 5 thoughts on “Back to School: Setting Up Classrooms for Students with Autism #2-Set the Schedule Part 3”

!
!
!
Subscribe
Terms and Conditions checkbox is required.
Something went wrong. Please check your entries and try again.
Scroll to Top
229shares
Let’s talk cookies. Unfortunately, these aren’t the fresh-from-the-oven kind. We’re using these cookies to find out how you use our site, so we can make it even more relevant to you. More in our Privacy PolicyAccept CookiesPrivacy policy