Developing Hypotheses About the Function of Challenging Behavior: Step 3 with a FREEBIE! 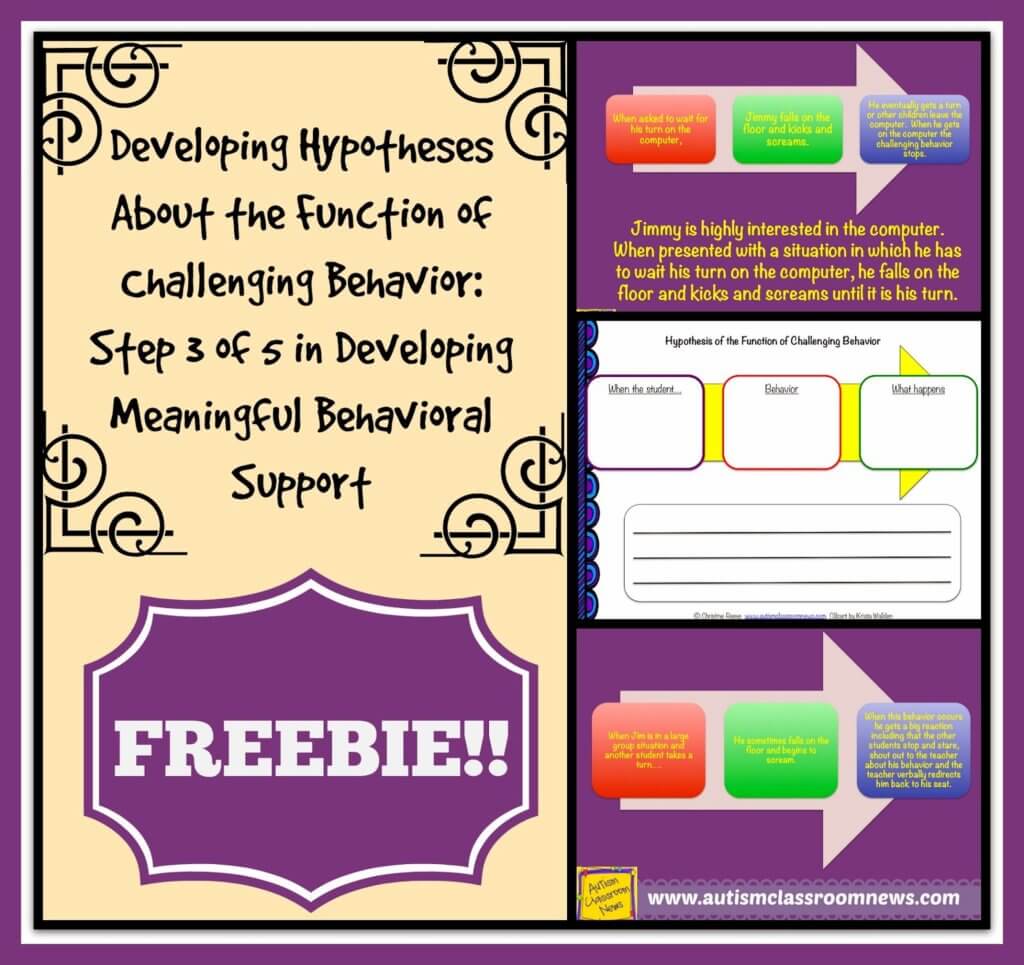 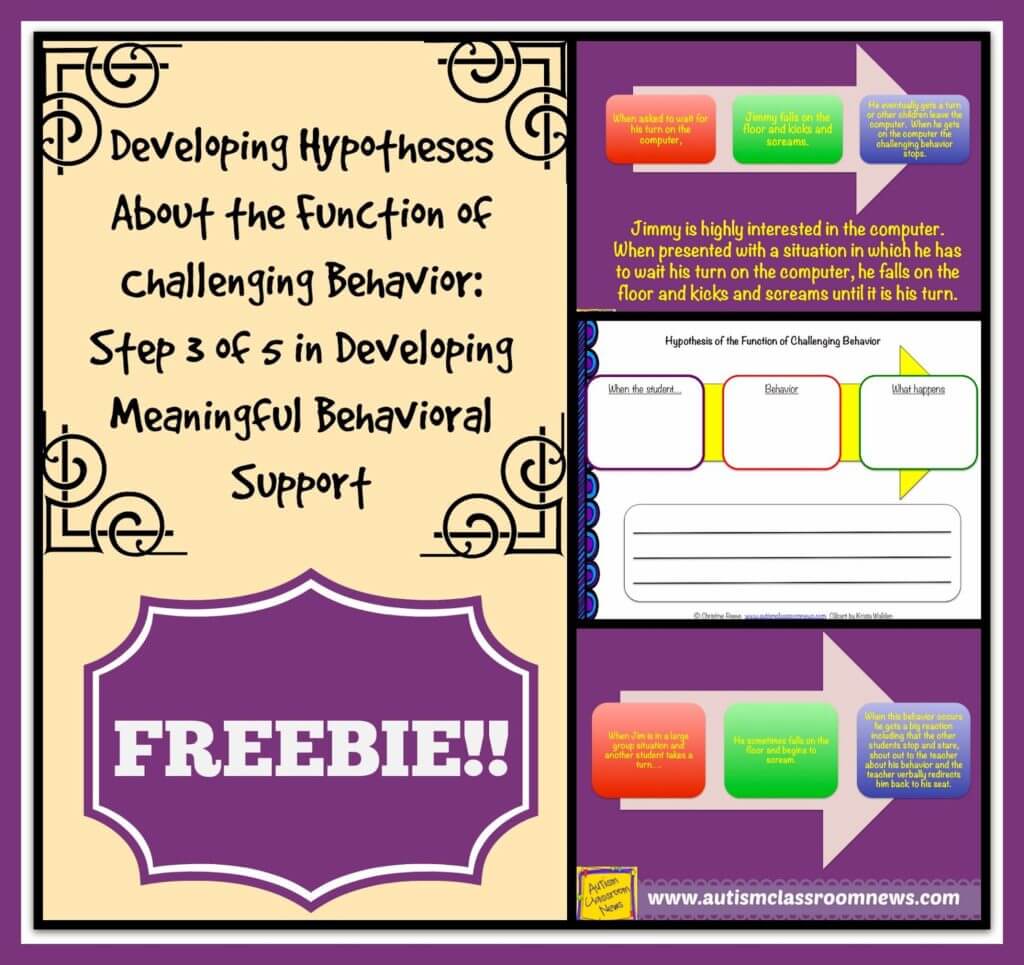 So, we’ve defined the behavior, prioritized which to address first, reviewed records and interviewed, and taken ABC data and summarized it.  Now, what do we do with all of that information?  We need to develop our best guess, or hypothesis, about the function of the behavior.  So, how do we do that?  I have a freebie and some guidelines to help with that.

So, let’s look at some examples. 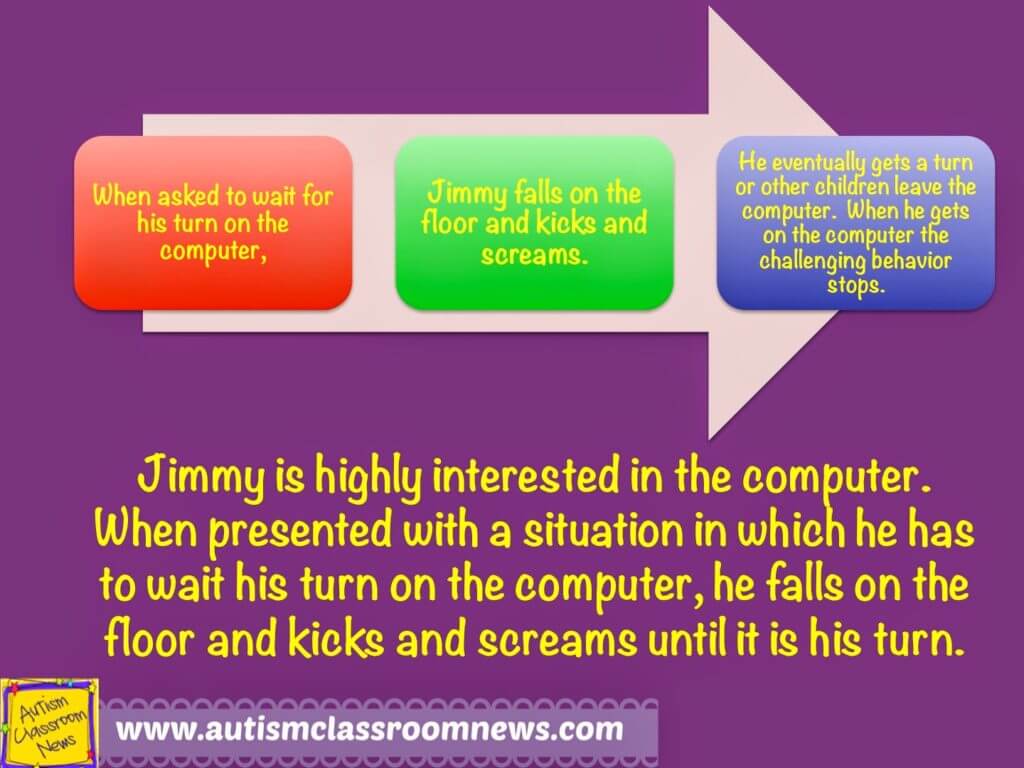 Knowing what comes before the behavior in many situations, allows us to know what we might need to restructure or change to prevent the problem.  Knowing what happens after the behavior let’s us know what might be reinforcing it.  Knowing that information let’s us know two things.  First, it tells us what may be the function of the behavior.  For instance, in the example above, Jimmy’s behavior gets him the turn on the computer–or at least that’s what happens.  So his behavior probably functions to gain a tangible item or activity.  So that tells us that we may want to teach him to ask for the computer or to ask for another turn to replace the behavior (more about that process later).  The second thing that knowing the common response to the behavior tells us is whether we need to change that consequence.  So in this case, we probably want to avoid giving him a turn on the computer when he is tantrumming in order to stop reinforcing the negative behavior.

As you can see in the above, I find it useful to write it out in the pieces above and then summarize it with a final hypothesis statement below.  To help with that process, I have a little freebie for you of a graphic organizer to write out hypotheses statements.  I’ve made a black and white version and a color version just because sometimes you need a little jazzing up to keep you focused when dealing with challenging behavior.  Or as a friend of mine likes to say, the pretty committee sometimes makes things seem better.  You can download the freebie by clicking on the picture below.

And here’s a few more examples of hypothesis statements about different functions that might be helpful. 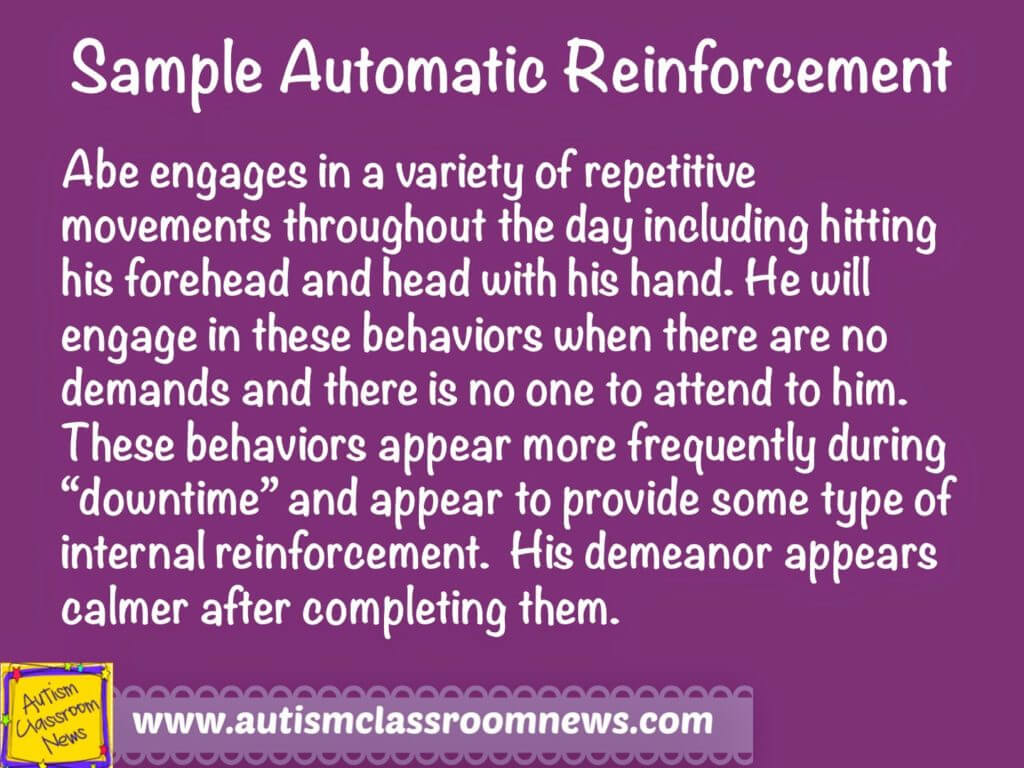 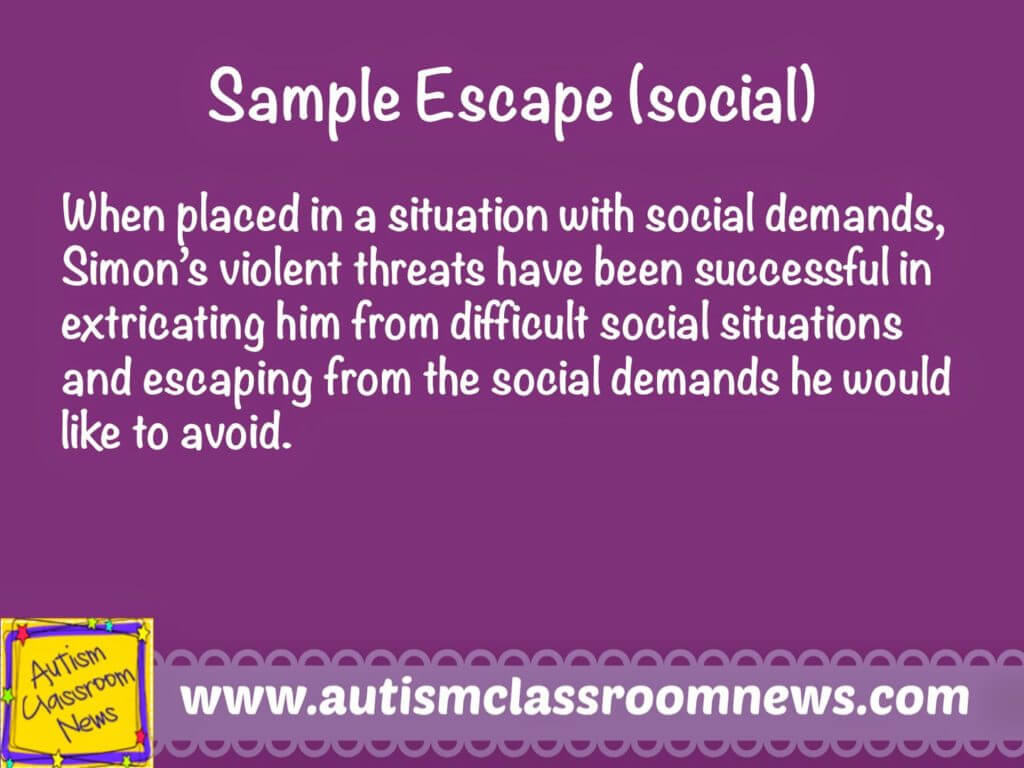 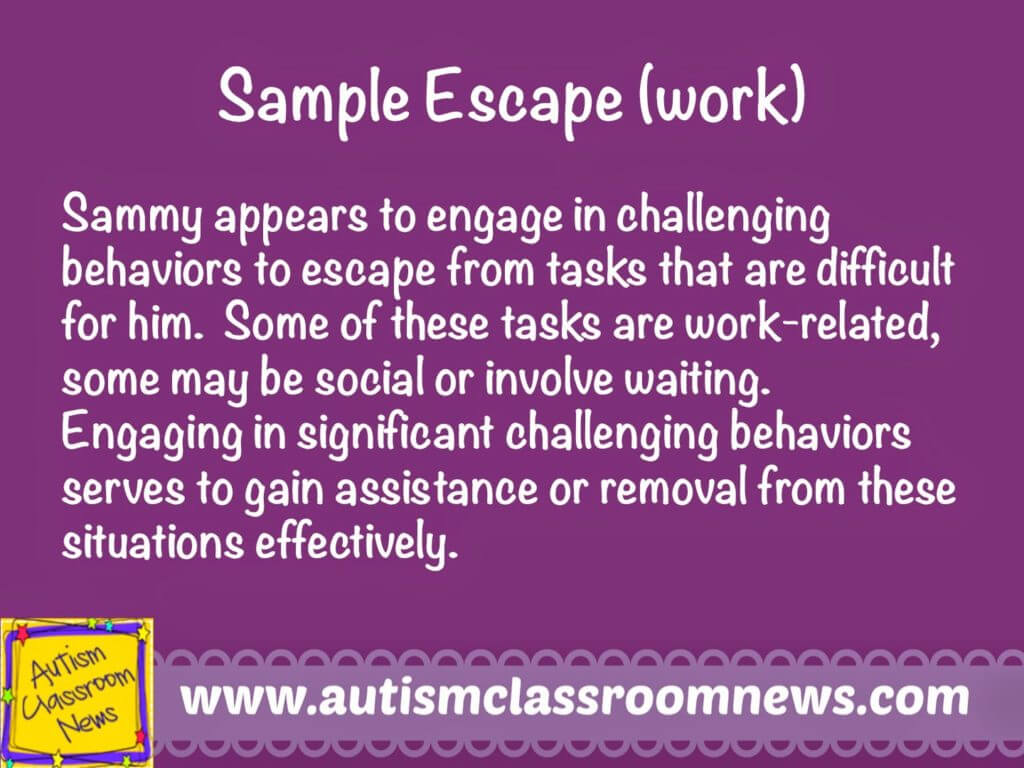 Next time, I will talk about some guidelines about writing and verifying hypotheses.  I’ll talk some more about the fact that you usually will have more than one hypothesis for the behaviors.  The strength of a behavior support plan often rests on the accuracy and usefulness of the hypotheses, so writing good ones is important.