I’ve been talking about the hidden curriculum (at least I was before I got distracted) and by now I’ve talked about how important it is in so many areas to explicitly teach the hidden curriculum.  I’ve talked about how we can teach each item one-by-one, but this may not be the most efficient method for instruction.  It means you have to anticipate every item and teach it.  It also makes it difficult to teach those rules that are changeable depending on the situation and circumstance.  So today I want to share a way of teaching students to classify events or rules to help them understand and continue to learn on their own.

This system comes from Temple Grandin, but I’ve used a similar strategy in different situations that I will share as well.  Dr. Grandin talks about how she developed a system of classifying the social rules she ran into by four categories:

Read more about Dr. Grandin’s explanation of this system here.

Another way I’ve used categorization for students to understand the hidden social rules are to help a student know what he can and can’t say in situations.  It’s hard because there aren’t always hard and fast rules that apply everywhere he goes so it helps to have different levels or situational cues to know where certain topics might be OK.  I first created this organizer for a student who liked to talk about ghoulish stories that were incredibly violent that he would write and read.  He also talked frequently about a variety of political conspiracies and made statements at school about Muslims, Jews, and bomb making.  Clearly these topics were going to be problematic in a variety of settings.  I created this organizer with him and some of the categories took some convincing.  For some I couldn’t convince him that they needed to be off limits.  We had a number of discussions about freedom of speech vs. taking into account the perspective and concerns of those around him.  Then we negotiated a reinforcer.  Talking about these topics were so important to him that he needed an extra incentive to practice refraining from talking about them.  However, over time it was successful in making the rules clearer to him and helping him stay on more appropriate topics with a variety of people. 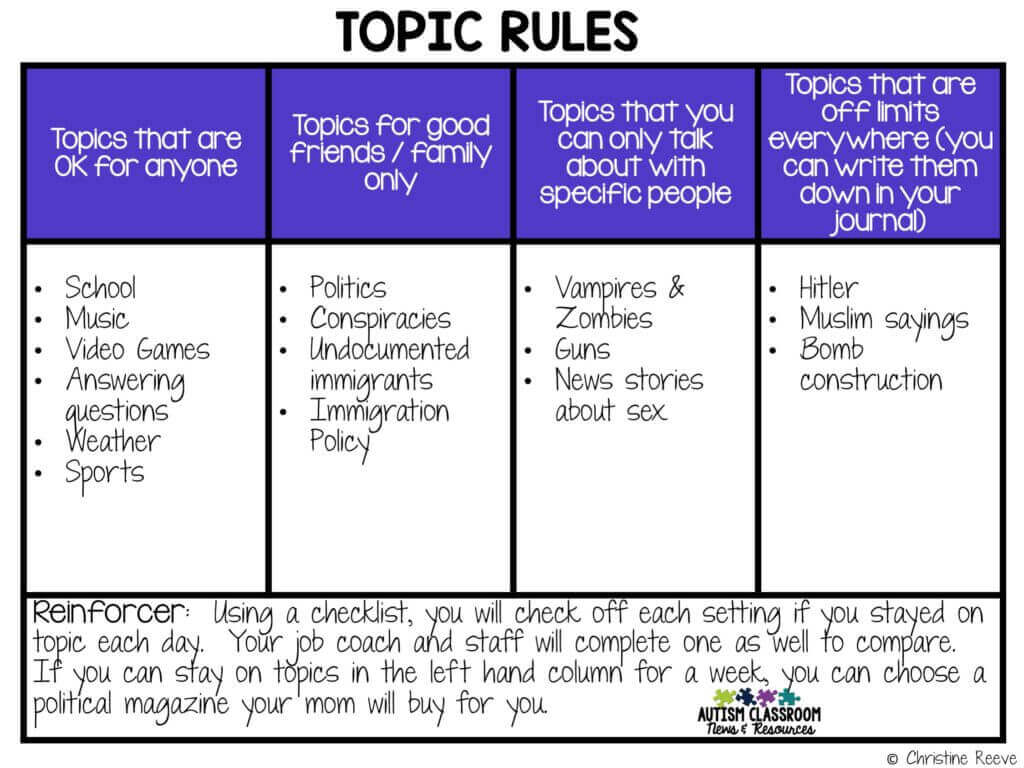 I’ve used this system with other students since this one and it has helped to make the social guidelines more explicit for them.  It also can help to teach them a way to think about information they gather from their environment.

I’ll be back next time with another way we can teach the hidden curriculum by teaching students how to gather information and attend to relevant information on their own. 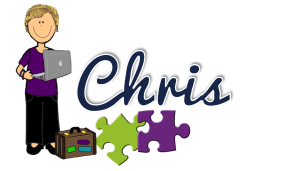 !
!
!
Subscribe
Terms and Conditions checkbox is required.
Something went wrong. Please check your entries and try again.
Scroll to Top
268shares
Let’s talk cookies. Unfortunately, these aren’t the fresh-from-the-oven kind. We’re using these cookies to find out how you use our site, so we can make it even more relevant to you. More in our Privacy PolicyAccept CookiesPrivacy policy