Our next step in building a behavioral support plan is determining how we are going to respond to behavior.  We’ve talked about strategies for preventing the behavior, ways to replace the behaviors and skills that we need to teach to supplement our replacement behaviors skills.

Even if we have the most kick ass plan on the planet for this student with tons of preventive strategies and replacement skills being taught, the behavior is still going to occur at some point. And so it’s critically important this part of the plan is written out for everyone to follow consistently.

Before we get started talking about strategies, on AutismClassroomResources.com I have a free resource library.  In addition to printable, the library includes a set of 30 videos on behavior support.  Each one is less than 5 minutes long and they cover preventive, replacement and responsive strategies.  Some of the strategies I’ll touch on here today are described and demonstrated more in the videos on the site.  And did I mention they are free to all my newsletter subscribers?  So I’ll put the link in the show notes to sign up and check them out for yourself.

WHAT ARE RESPONSIVE STRATEGIES?

Responsive strategies include everything that is going to happen after the behavior occurs.  They may involve redirecting, separating him from peers for safety, or even just ignoring the behavior and continuing to present a demand.

Responsive simply means how we respond to challenging behavior. Keep in mind that we can “respond” to challenging behavior without acknowledging or saying anything about it. Not every behavior has to have an overt response.  However, we need to make sure that we have clear written the strategies of what to do for the team so that we all respond consistently.

So think back to your ABC data.  What consequences seemed to be maintaining the behavior or keeping it going? Those are the responses that we will probably need to change.

So, if the student typically was removed from a situation when the behavior occurred (i.e., it seemed to occur to gain escape from the situation), then we need our responsive strategies to involve avoiding that outcome.  We need to have strategies that allow us to keep him in that situation. Or at least keep him there until we can reinforce a replacement behavior.

There are several considerations in what to include in responsive strategies. But it’s important that they be as complete as possible to help staff know what to do.  Otherwise you could end up sabotaging your whole behavior plan because the behavior problem may still be reinforcing.

The first thing you want to make sure to include (or specifically eliminate) in your responsive strategies are the responses that have happened in the past when the student misbehaved.  The responses from the environment that are maintaining the behavior.  Let’s say you remove a student from morning meeting following disruptive behavior. And that behavior functions to escape from group situations.  We need to try to avoid removing the student in this situation because it serves to reinforce the behavior.

Now I realize that is easier said than done.  Certainly keeping the student in the activity while he is disrupting the whole class is part of the problem.  So, then we need to think about how to arrange our responses to minimize the reinforcement for the student while controlling the disruption to the whole class.  There are a few ways that we use to do this.

Assuming you have identified replacement behaviors, and that you are teaching them when the challenging behavior is NOT happening, you can redirect the student to use that strategy at the first sign of challenging behavior.  In your FBA, did you identify behaviors that lead up to bigger behaviors (e.g., he starts whining before he starts screaming)? Then that’s a good cue for when to introduce the redirection at the less intense problem.

I prompt him with a visual to ask for a break. If he doesn’t ask immediately, I might gesture or point.  And eventually I may physically prompt him to hand me the break card and then remove him from the situation.  Having to do that isn’t ideal, but it is giving him a chance to ask independently AND it’s reinforcing the break request.  Yes, it may simultaneously reinforce the behavior, since that’s what started the reminder. But it is making the challenging behavior much LESS efficient at getting reinforcement than the break request.

(As an aside, I don’t ask him if he needs a break.  I don’t want him to wait for me to ask…I want him to imitate the request.  So even if he’s verbal, I use a visual cue to remind him to ask.  Make sure you are teaching him and practicing asking for a break when there are no problems as well.  And make sure that he has access to the break card at all times.  You don’t want it to just appear when there is a problem.).

THE GREAT THING ABOUT THIS APPROACH IS THAT

In a 1-1 situation, it might be possible to just keep presenting the activity that the student doesn’t want to do.  However, that won’t work effectively when you have the rest of the classroom to think about.  And it doesn’t really teach him what to do instead.  It really just teaches him that you won’t reinforce the behavior.  He probably will still demonstrate the behavior in other situations.

Another element that might go into your responsive strategies are consequence-based behavior management strategies. These might include things like going to time out, going to the principal’s office, losing points or token on a behavior system, or losing privileges.  All of these are strategies that are designed and typically used to make the behavior decrease.

IDENTIFY RESPONSIVE STRATEGIES TO RESPOND TO AVOID REINFORCING THE PROBLEM

One of the main goals of responsive strategies, assuming that you have strong preventive and replacement strategies in place, is to assure the team is not reinforcing the problem behavior.  Just telling them not to reinforce it won’t be sufficient though.  You need to design specific actions they are to do (and avoid) to assure that the behaviors aren’t reinforcing.  And you want to use these strategies as consistently across the school as possible.  Remember that reinforcement is a like a slot machine.  If you hit the jackpot just once, you keep on playing! So, that consistency becomes particularly important or we run the risk of making the behavior more durable through intermittent reinforcement.  Or we run the risk of having the student engage in the behavior in specific environments or with specific staff because they “payoff” much like my lucky slot machine in Vegas.

So, typically these strategies include redirecting the student to appropriate behavior.  Typically I like using visuals like first-then, contingency maps, or just showing them the visual we want them to follow.

In addition, visuals reduce the amount of attention we are paying to the behavior.  Visuals can give the student information without attention.  So if the behavior is maintained by any type of attention, it reduces the reinforcement of the negative behavior.

Finally, I need to say a few words about assuring that everyone remains safe.  Sometimes you can include the strategies just as responsive strategies. But sometimes you need a written crisis plan. hopefully the strategies you have used thus far will prevent it.  but at some point the behavior may escalate to a level of a crisis.

I define a crisis as a situation in which the student is not responding to redirection and is attempting to hurt himself or others.  If the student has ever demonstrated behavior like this, you want to have a crisis plan.  It’s a plan that tells everyone who may have to intervene with this student specifically what to do.  It may or may not include removal or protection strategies depending on your situation and the nature of the behavior.

You have to make sure that the student is safe and those around him are safe.  In a crisis, that should be your focus.  not whether he understands what he is doing wrong.  Also, if you have strategies in place to physically intervene with the student in some way, make sure you have had that conversation with the family BEFORE you implement the plan.  And make sure that you and they are clear about when this might happen.

When I write a crisis plan, there are specific strategies that (regardless of the training strategy used in the district) I insist on.

Where the student goes and what he or she does after the crisis is over depends on the function of the behavior and the plan that is developed.  Sometimes it might make sense to go to a quiet area with easy tasks to slowly integrate back into the day. However, other students may need to go back to the situation they were in when the crisis occurred to complete the task they avoided with the behavior.  Again, that depends on your FBA and your data and your team’s decisions.

Thanks for joining me for this episode of the Autism Classroom Resources Podcast. Make sure to check out the free behavior videos. And I’d love to hear your thoughts about the podcast episode in our free Facebook Group. And don’t forget to leave a review of the podcast on Apple iTunes.

In This Episode on Responsive Strategies 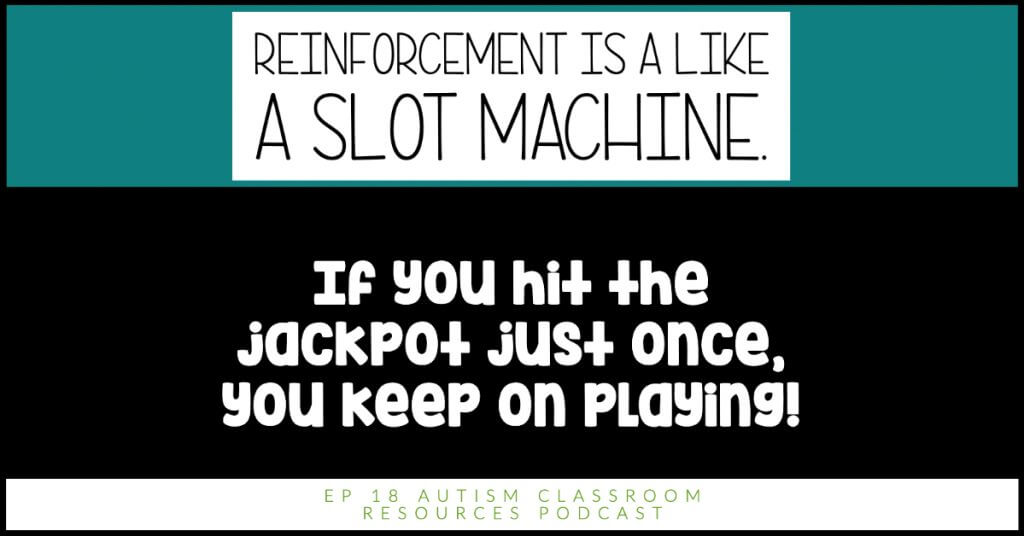 Our next step in building a behavioral support plan is determining how we are going to respond to challenging behavior. We’ve talked about strategies for preventing the behavior, ways to replace the behaviors and skills that we need to teach to supplement our replacement behaviors skills.

Even if we have the most kick ass plan on the planet for this student with tons of preventive strategies and replacement skills being taught, the behavior is still going to occur at some point. And so it’s critically important this we write out this part of the plan for everyone to follow consistently.

Even if we have the most kick ass plan on the planet for this student with tons of preventive strategies and replacement skills being taught, the behavior is still going to occur at some point. 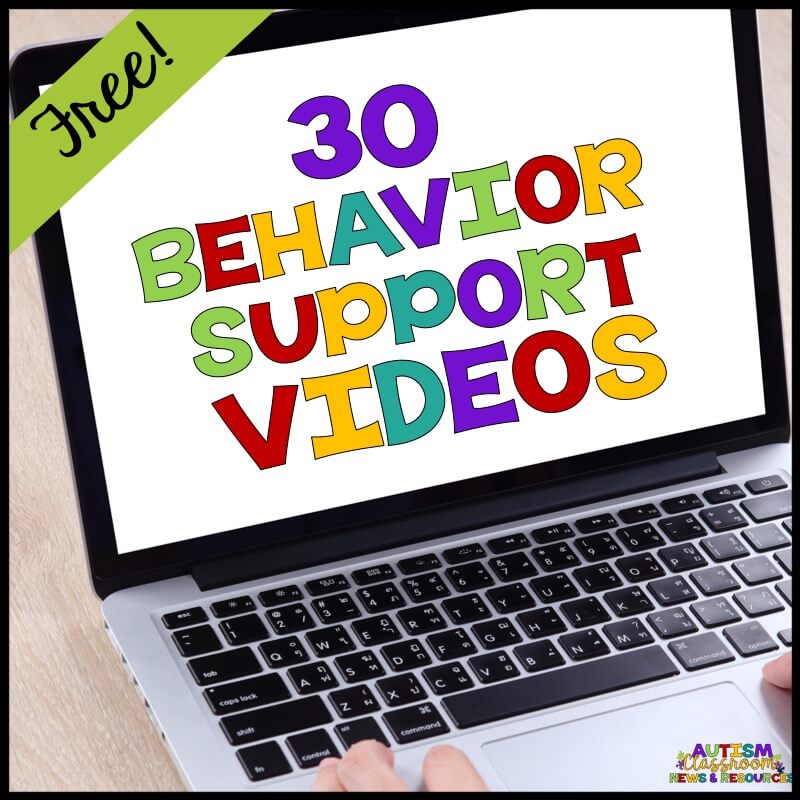 I mention these videos as a resource in this episode. Click the picture to sign up for the Resource Library and get the videos including ones on contingency maps, replacement behaviors, and more strategies to beef up your behavior plans. 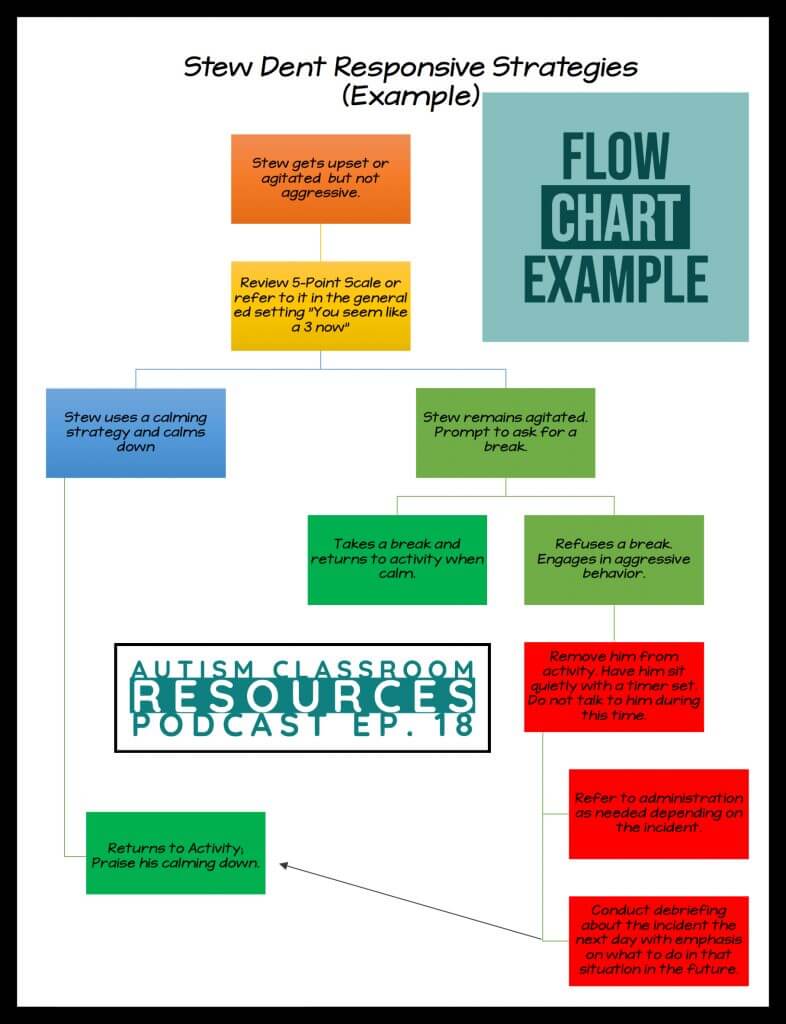 Episode 14: How to Write Behavior Support Plans That Really Work

Episode 16: Are you Teaching the Right Replacement Behaviors?

Episode 17: Behavior Skills to Teach in Your Support Plan

Thomas and the Thinking Chair: Why Consequences Aren't Always What You Need 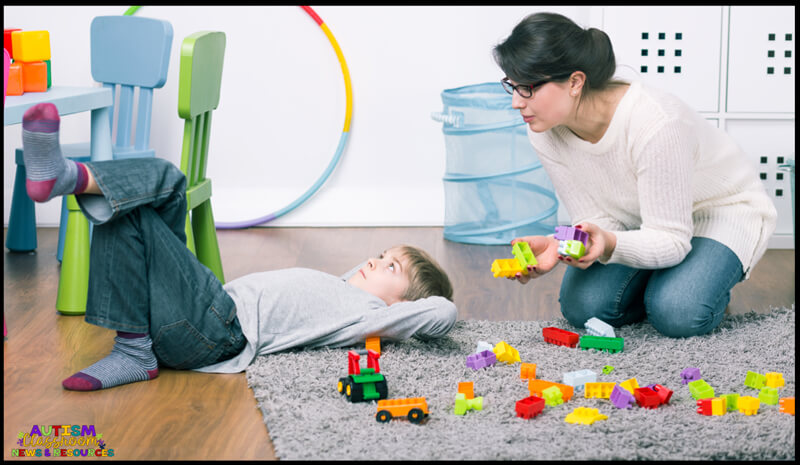 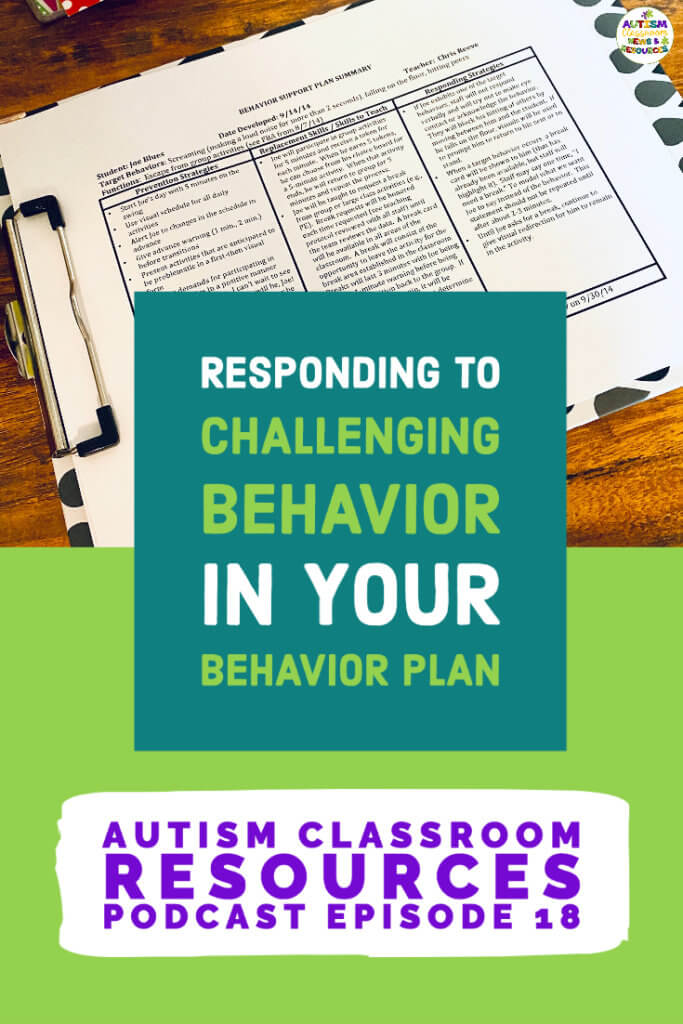 !
!
!
Subscribe
Terms and Conditions checkbox is required.
Something went wrong. Please check your entries and try again.
Scroll to Top
0shares
Let’s talk cookies. Unfortunately, these aren’t the fresh-from-the-oven kind. We’re using these cookies to find out how you use our site, so we can make it even more relevant to you. More in our Privacy PolicyAccept CookiesPrivacy policy